It is with great sadness that we inform you that our esteemed colleague Michel Morelet passed away on December 20, 2020 in Nancy in his 83rd year.

Michel Morelet was born on May 20, 1938 in Brazzaville (Congo). After a childhood and education in Congo, Vietnam, and Mali, he was trained at the Agricultural Institute in Yzeure in France from 1956 to 1960, then at the Zootechnical Education Center in Rambouillet. He then did an internship at INRA in Jouy-en-Josas in 1962-1963, then in the phytopathology laboratory of Professor Georges Viennot-Bourgin at INA (now AgroParisTech) in 1963-1964.

He was recruited at INRA in Nancy on January 1, 1965. He was one of the “founding members” of the Forest Pathology Laboratory created in 1964 by Louis Lanier at ENGREF (AgroParisTech Nancy), which moved to Champenoux in 1971, and is now a team of the Department of Tree-Microbe Interactions. Initially recruited as a technician, he quickly became an engineer. For many years, he was in charge of the “Determination Service” of the Forest Pathology Laboratory. In this capacity, he supervised the Master thesis of Pierre Chandelier, who became the first head of the Agricultural and Forest Mycology Unit of the National Plant Protection Laboratory in Nancy (now part of the Anses).

He defended a doctoral thesis in 1983 at the University of Nancy on the “Systematics and biology of Venturia infecting poplars from the Leuce section”. He was an excellent mycologist and taxonomist and was an authority in France and abroad. He named, or renamed, for the first time many pathogenic fungi of trees. He published more than 60 scientific articles, most of them in French. He contributed to Volume I of the seminal book “Mycologie et Pathologie Forestières” by Louis Lanier and co-authors, published in 1978. But his most notable contribution to science was the publication together with Etienne Kiffer of “Deuteromycetes. Mitosporic fungi: classification and generic keys”. This book was first published in French in 1997, and subsequently translated into English in 2000. Throughout his career, Michel Morelet has collected hundreds of fungal specimens (including several type specimens), which constitute the mycological herbarium of the Forest Pathology Lab. This herbarium, which contains nearly 1500 samples, is still kept at the Department of Tree – Microbe Interactions. Michel Morelet retired in 2000, but remained active in the field of fungal taxonomy for many years. Anyone who knew him professionally will remember him as a passionate, jovial man with a very sharp sense of humor.

Our thoughts are with his wife Monique, his children, his grandchildren, and all his loved ones. 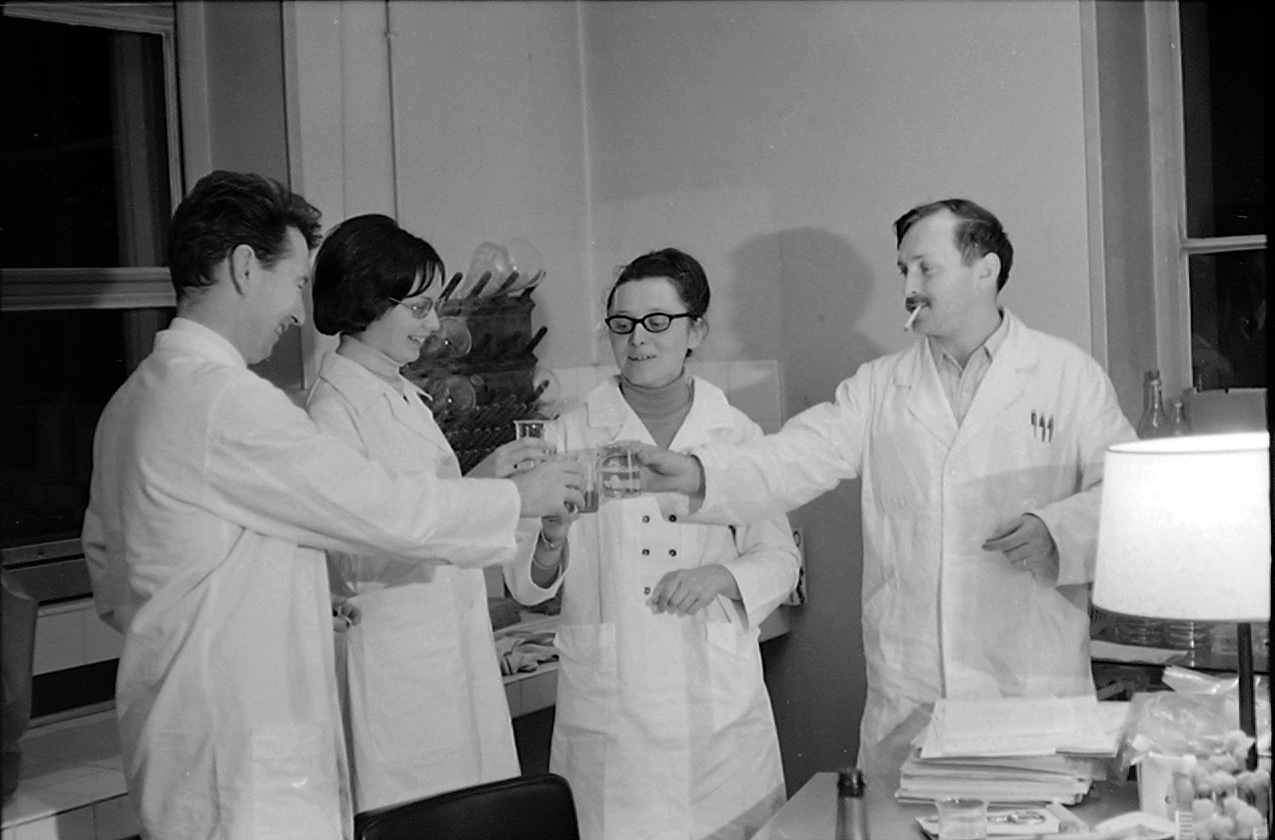 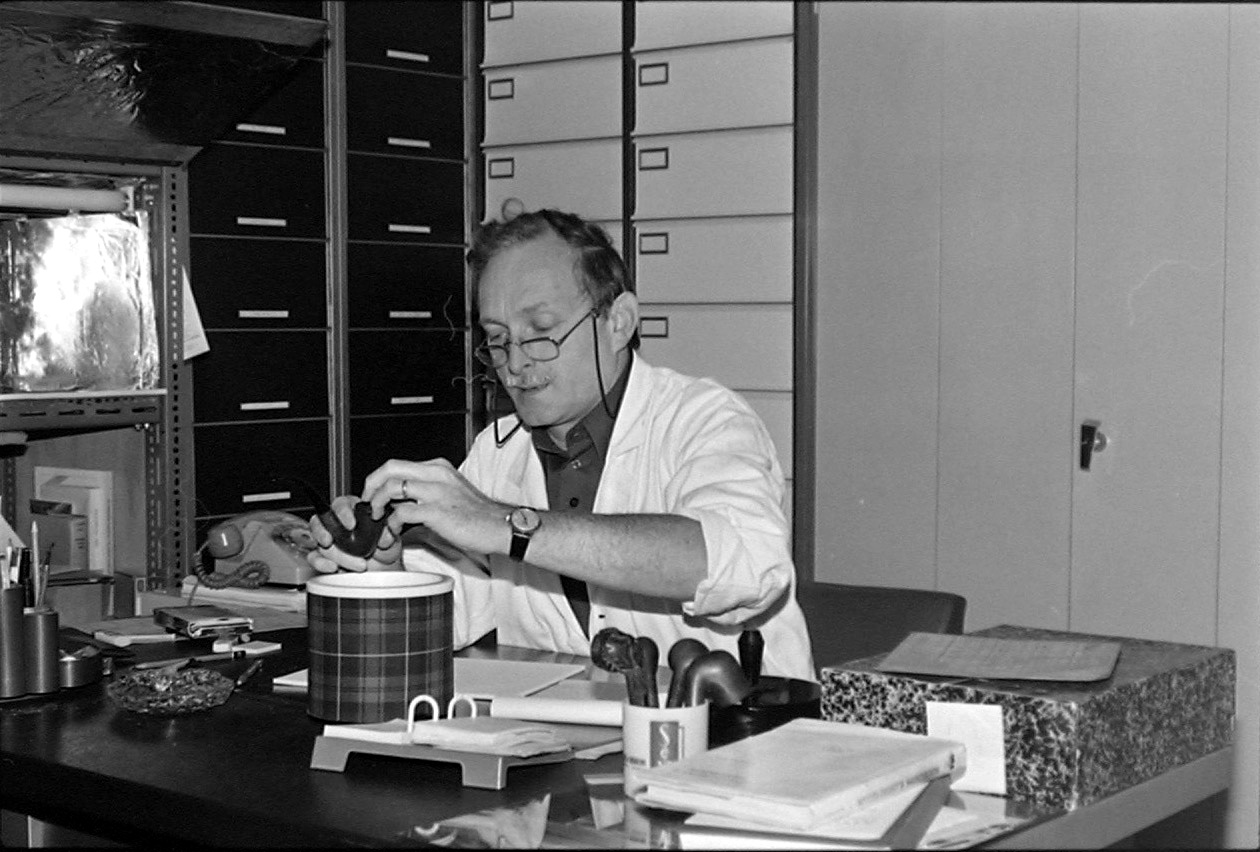 Michel Morelet, eternal pipe smoker, at his office in 1988. 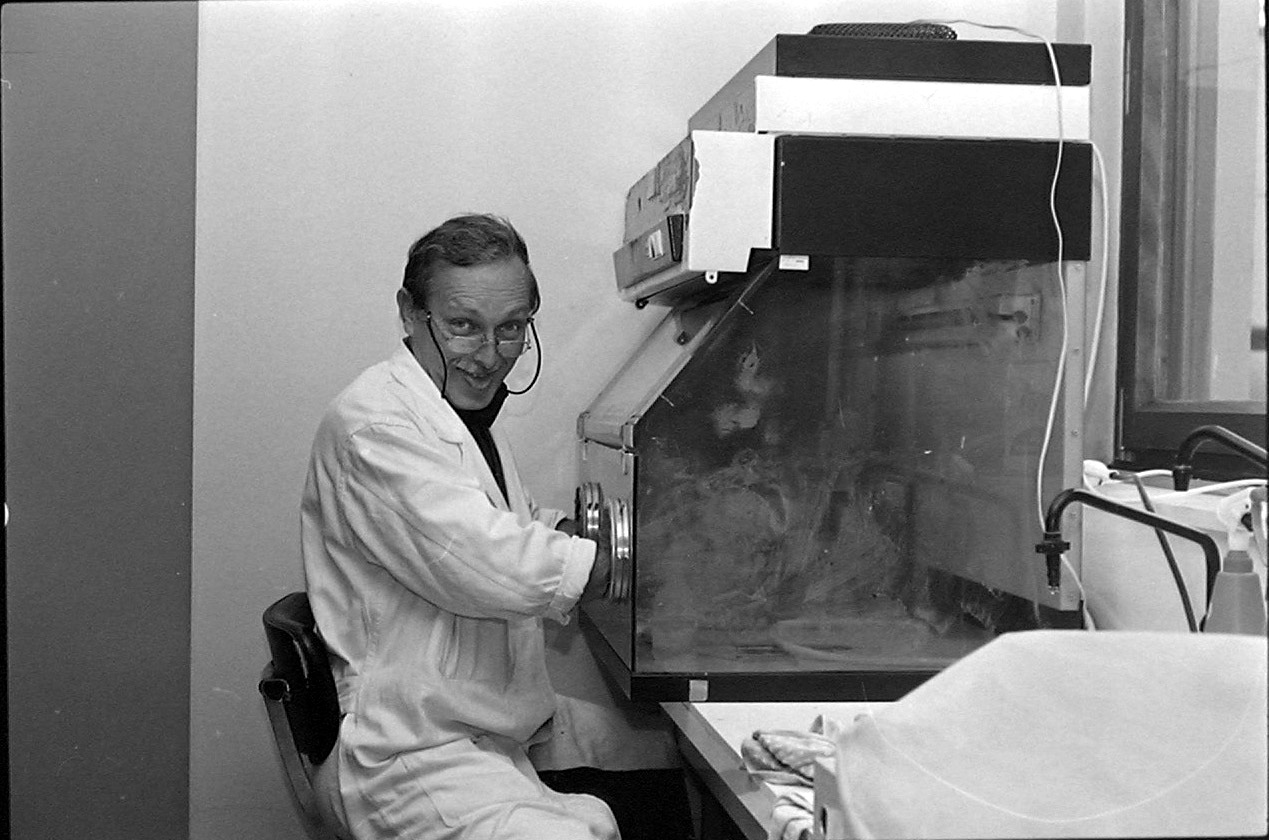 Michel Morelet clowning around in his laboratory in 1988. 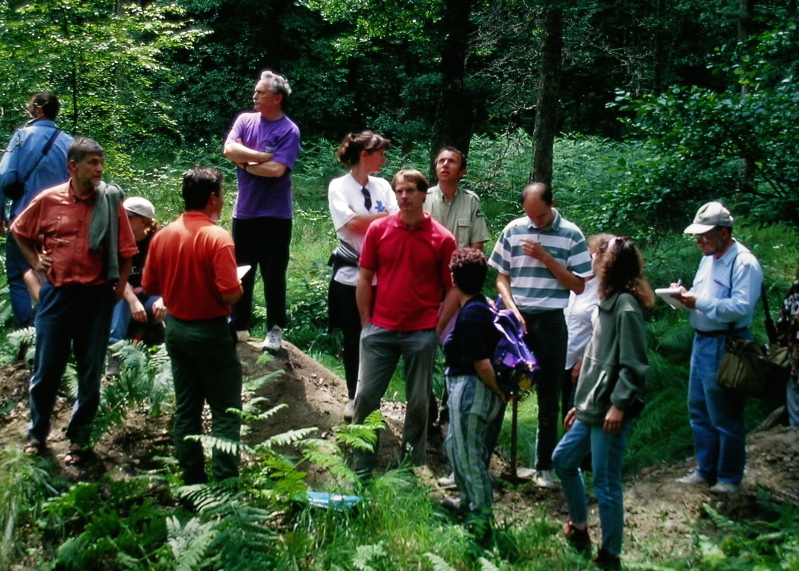 Michel Morelet (at the top of the hill) during a field trip in Haute-Saône in 1998.

This website uses Google Analytics to collect anonymous information such as the number of visitors to the site, and the most popular pages.

Please enable Strictly Necessary Cookies first so that we can save your preferences!