Forest soils (including litter, humus and coarse woody debris) host diverse microbial communities that impact tree health and productivity, and which play pivotal roles in terrestrial carbon sequestration, and biogeochemical cycles. Among these microbial communities, fungi are undoubtly major players. Traditionally, they have been divided into discrete ecological guilds, such as leaf litter-decomposers, humus saprobes, white- and brown-rot wood decayers, parasites and mycorrhizal symbionts. However, the actual functional properties of individual species, and the synergistic effects among them, are often obscure. Moreover, the basic biodiversity of the vast majority of soil systems (e.g., boreal forests and subartic taiga) remains unexplored using high-throughput DNA barcoding approaches.

We hypothesize that firm distinctions between fungi commonly labeled mycorrhizal, wood decomposer, humus and litter saprobes are, in some instances, unwarranted, and that crucial ecosystem processes, such as carbon sequestration, wood and litter decay and trophic mutualism, can only be understood in the context of interactions among multiple species representing a functional continuum. The number of available fungal genomes has expanded dramatically in recent months, and this provides unprecedented opportunities to study the functional (and taxonomic) diversity of soil communities.

Within the framework of the DOE Joint Genome Institute Community Sequencing Program, we have therefore embarked in a challenging large-scale metatranscriptomics project to explore the interaction of forest trees with communities of soil fungi, including ectomycorrhizal symbionts that dramatically affect tree growth, and saprotrophic soil fungi impacting carbon sequestration in forests. We are going to sequence the metatranscriptome of soil fungi (i.e., wood decayers, litter and humus saprotrophs, and ectomycorrhizal symbionts) in woody debris, litter/humus, rhizosphere and ectomycorrhizal roots of ecosystems representative of major Earth biomes, the boreal, temperate and mediterranean forests. 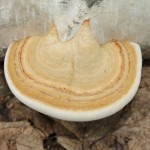 Metatranscriptome samples. A range of forest ecosystems has been selected on the basis of their ecological importance and the availability of metadata linked to these forest sites. In contrast to agricultural soils, forest soils, in particular those of boreal forests with low pH values, are characterised by strong vertical stratification due to the resulting absence of fauna causing mixing. This provides a spatial structure for evaluation of hypotheses concerning functional attributes of taxa occupying spatially distinct horizons.

Sampling will be conducted on selected stands in long-term observatories (LTOs) or national survey sites:

For these soil samples, we will run: (1) Tag-encoded FLX-titanium amplicon pyrosequencing (TEFAP) of the fungal rDNA ITS to survey the existing communities and (2) RNA-Seq of soil samples. For this cDNA profiling, we will sequence ~110Gbp per site for a total of 1 terabase using Illumina HiSeq PE chemistry. Reads produced by RNA-Seq will be used to reconstruct de novo the different fungal metatranscriptomes (best case scenario). In addition, we will use Illumina fragment recruitment, a process of aligning sequencing reads to reference genomes. Metatranscriptomic reads will thus be aligned to the >100 genomes of soil fungi available in the JGI MycoCosm. To improve this crucial step, we also propose the gDNA sequencing and RNA-Seq of the 25 most abundant fungal species harvested on the studied sites to serve as the foundation for a reference database for metagenomics of fungi and for a comprehensive survey of the potential soil fungal metabolome. We will annotate the fungal genomes/transcriptomes and soil fungal metagenomes with all these characteristics and will compare the different metagenomes in terms of these characteristics. 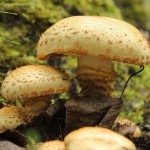 These experimental datasets will provide a mechanistic insight into the fungal communities’ structural organization and functioning in forests. In addition, the present metagenomic data will give a comprehensive picture of the organization of the tree-associated microbiome in terms of metabolic pathways, subsystems, molecular functions and biological processes.

Sequencing of new fungal species will be performed in concert with existing large-scale genome studies (e.g., the 1000 Fungal Genomes project), so as to minimize unnecessary redundancies. As such we recognize that this project represents a large effort and great challenge in defining the microbiome of important forest ecosystems and a group of micro-organisms, the soil fungi.